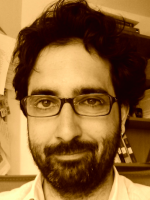 “A Clock Setting Institute for the Market Age: The Politics of Importing “Competition” to Turkey” differences: A Journal of Feminist Cultural Studies, Vol. 22, No. 1 (2011)

“European Union Enlargement and Power Distribution in the Council of Ministers and the European Parliament: The Case of the Turkish Application”, co-authored with Fuad Aleskerov and Gamze Avcı, New Perspectives on Turkey, Vol 21 (2000)

“Turkey”, co-authored with Dicle Kogacioglu, in The Encyclopedia of Law and Society:

“Producing ‘the Market’ in Turkey: The Work of Competition Law Reforms in the Global South”

“Accounting for Accountability in Neoliberal Regulatory Regimes,” co-authored with Christine B. Harrington, presented at The Practice of Law and Development: Socio-Legal Approaches, Cornell University, April 18-20, 2004

“Globalization of Law and the Legal Professionals in Turkey” presented at the Law and Society Association Annual Meeting, Pittsburgh, June 5-8, 2003