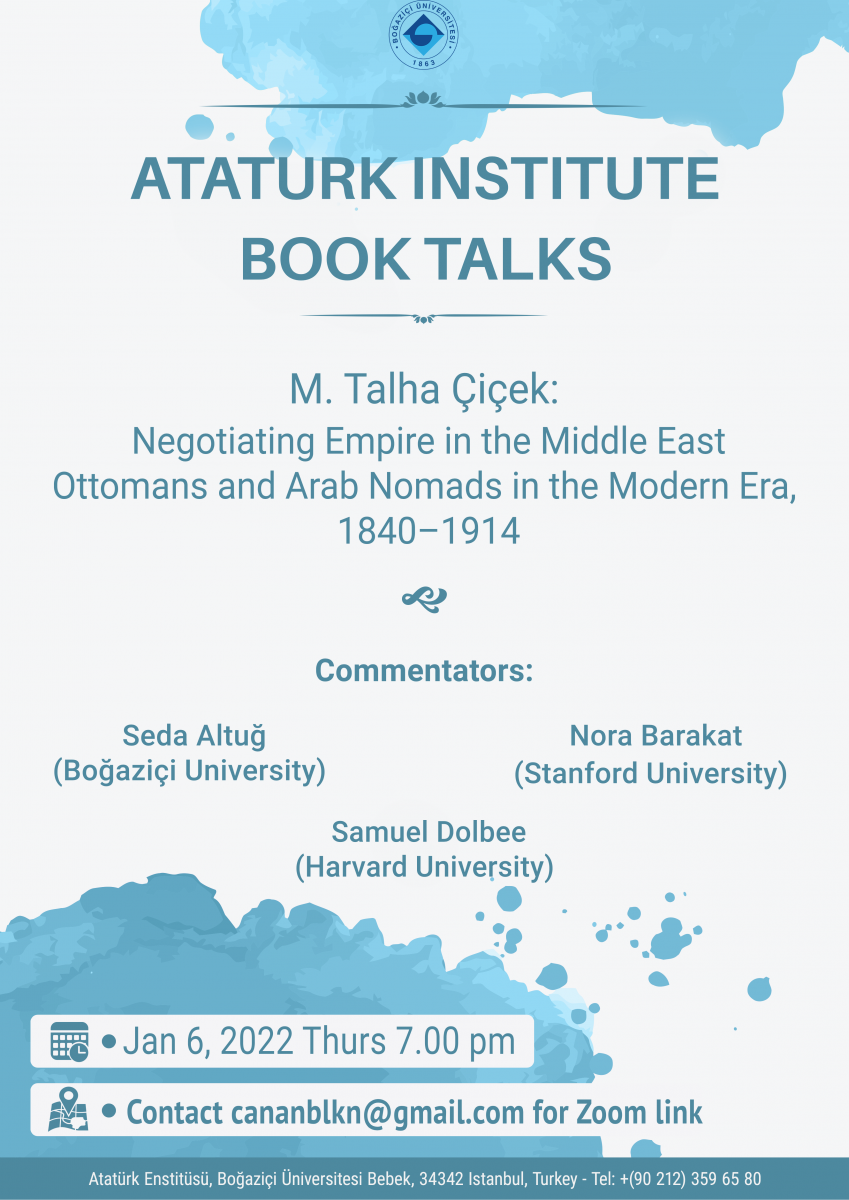 In the early 1840s, Ottoman rulers launched a new imperial project, partly in order to reassert their authority over their lands and subjects, crucially including the Arab nomads. By examining the evolution of this relationship between the Ottoman Empire and Arab nomads in the modern era, M. Talha Çiçek puts forward a new framework to demonstrate how negotiations between the Ottomans and the Arab nomads played a part in making the modern Middle East. Reflecting on multiple aspects of Ottoman authority and governance across Syria, Iraq, Arabia, Transjordan and along their frontiers, Çiçek reveals how the relationship between the imperial centre and the nomads was not merely a brutal imposition of a strict order, but instead one of constant, complicated, and fluid negotiation. In so doing, he highlights how the responses of the nomads made a considerable impact on the ultimate outcome, transforming the imperial policies accordingly.

M. Talha Çiçek is associate professor at Istanbul Medeniyet University. He studied Public Administration at Inonu University, Political Science at Sakarya University and received his Ph.D. from Sabancı University (Istanbul). He has been a visiting researcher at the Free University of Berlin (September 2009–August 2010) and learned Arabic at Kuwait University (September 2005–August 2006). He has done research in the Ottoman, Austrian, German, British, French and American state archives, focusing on the history of the Arab provinces under Ottoman rule at the end of the nineteenth and in the early twentieth centuries. He is the winner of Turkish Academy of Sciences' the High Achiever Young Academics Award (GEBIP 2015), The Science Academy, Turkey's The Young Scientist Award (BAGEP 2021), and The Scientific and Technological Research Council of Turkey's (TUBITAK) Incentive Award (2021). He was the British Academy's Newton Fellow at SOAS, University of London between 2016-2018 and Humboldt Experienced Research Fellow at Leibniz-Zentrum Moderner Orient in Berlin in 2019-2020 Academic year. He conducted short-term collaborative research at University of Oxford (2018) and LSE (2019) as Newton Alumnus Fellow. His research interests include the history of the modern Middle East, Islamic history, late Ottoman history and historiography, the socio-political history of Ottoman Syria and Arabia, Arab tribes under Ottoman rule, modern Turkish history, Empire Studies and World History. His articles have appeared in War and Society, New Perspectives on Turkey, Middle Eastern Studies and Die Welt des Islams. He is the author of the books, War and State Formation in Syria: Cemal Pasha’s Governorate during World War I (Routledge, 2014) and Negotiating Empire in the Middle East: Ottomans and Arab Nomads in the Modern Era, 1840-1914 (Cambridge UP, 2021), and editor of Syria in World War I: Politics, Economy and Society (Routledge, 2015). Currently, he is working on the relational and trans-local formation of the Modern Middle East.