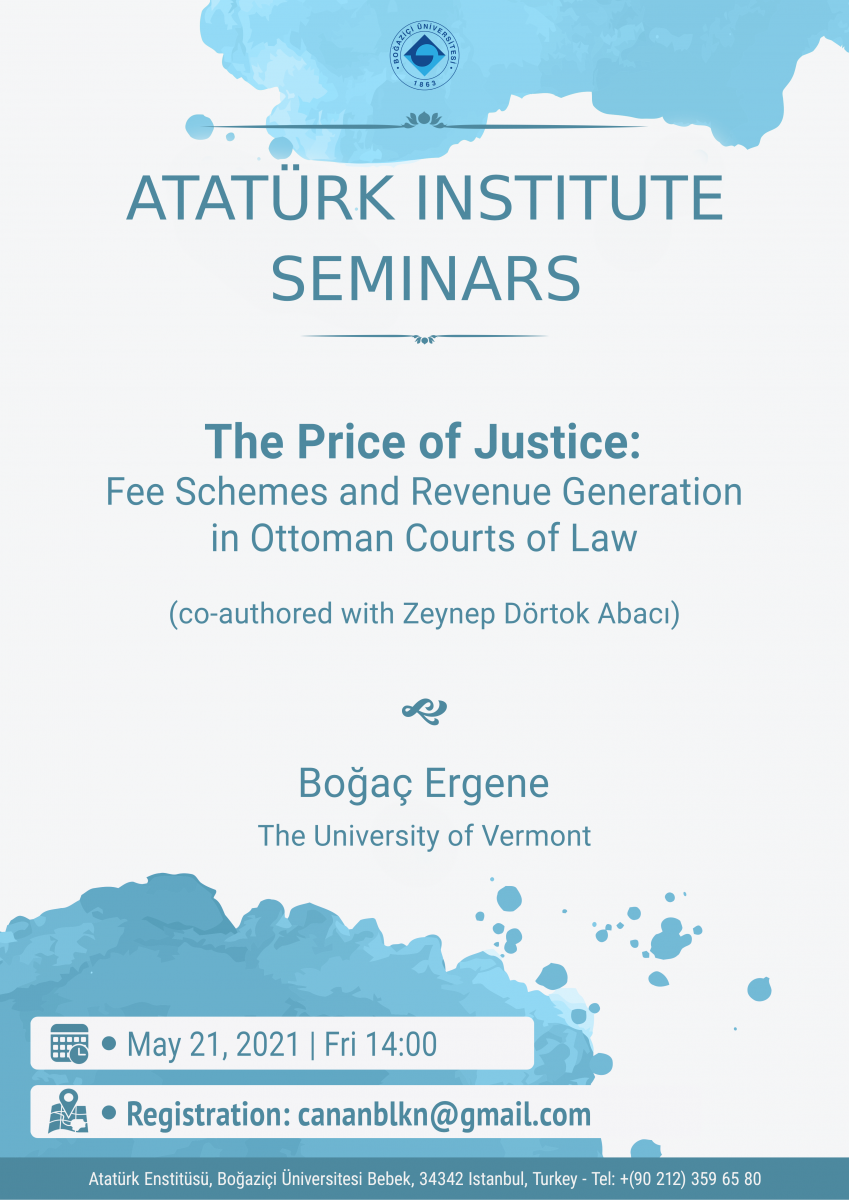 "The Price of Justice: Fee Schemes and Revenue Generation in Ottoman Courts of Law" by Prof. Dr. Boğaç Ergene

This paper estimates the potential revenues of the Bursa and Kastamonu courts in the late seventeenth and early eighteenth centuries by considering several possible compensation schemes that the courts might have employed. Our findings indicate major variations in the earnings of the two courts as expected, but also in the income generated by a single court in different periods. Furthermore, they suggest that court-usage was anything but affordable for most court clients, including the wealthier ones. Finally, our calculations indicate the need on the part of the court staff to complement their income from the court’s operations with alternative, legitimate and illegitimate, sources of revenue.

Boğaç Ergene is Professor of History at the University of Vermont. He’s the author or co-author of Local Court, Provincial Society and Justice in the Ottoman Empire (Brill, 2003), The Economics of Ottoman Justice (Cambridge University Press, 2016; with Metin Coşgel) and Halal Food: A History (Oxford University Press, 2018; with Febe Armanios). He also edited or co-edited two books, published numerous articles in major history, law, and economic history journals. His research over the past two decades has focused on Islamic law and legal practice and also on social and economic history in the Ottoman Empire.